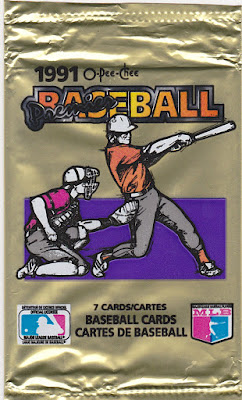 After missing my cherished monthly hotel card show for awhile I was eager to return to it last Saturday. I had no real specific goals other than to hit the bargain boxes and add some 'bloggable' material. And I think I did that. I brought home some vintage stuff, some cards I simply thought were fun and some stuff I only bought because it ended up costing me about 20 cents apiece. That latter category would include these three unopened packs of beat up junk that I nabbed on a whim. 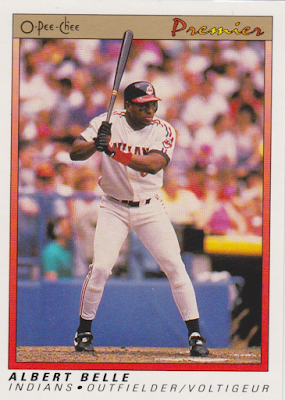 I don't remember these '91 O-Pee-Chee cards from when they were new.  But it's not a bad looking set actually. I'm sure someone out there knows if the 'Premier' designation means that these were something beyond a base set. 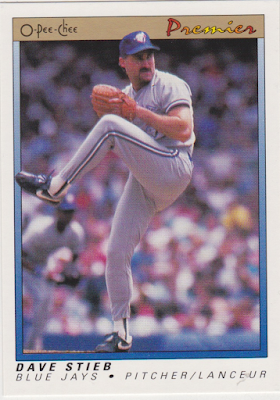 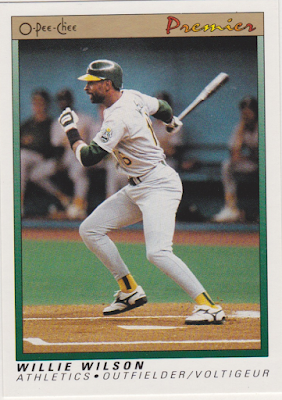 There isn't much to the backs, other than four separate logos. I had to look up Willie Wilson to see how long he played for Oakland. Turns out it was two seasons following his 15 year stint with the Royals.

Side note: Did you know that there is a Willie Wilson running for president? I sure didn't. 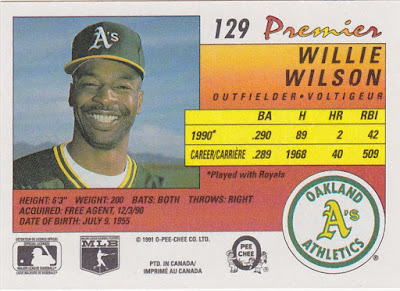 EDIT: Joe Shlabotnik's comment on this set got me to digging and I found a bit of background on this '91 OPC Premier set. This comes from The Cardboard Connection site's OPC page:

The same dealer's box yielded a North Carolina pack from the early 1990. I have no connection to UNC and so I figured that if I didn't get a Michael Jordan card I would get eight cards of strangers. 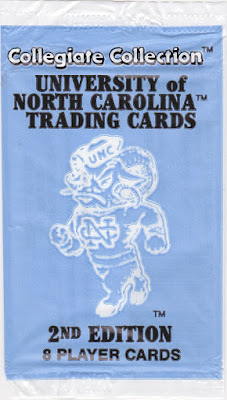 And I got a Jordan. If I was producing these I'd make sure there was a Jordan in each pack. 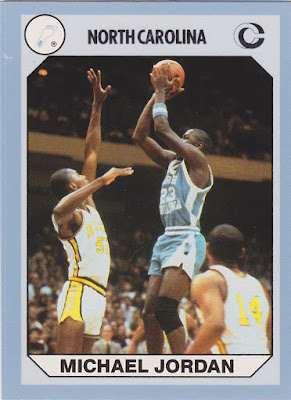 That's not a bad scan of the back below. it actually is that 'faded'. I don't know if it turned that way over time of if that's how it was intended to be. This Jordan, btw, is the only color pic used in the eight cards I got. Another thing that struck me is that one of the cards was #179. Seems like a lot of cards for a college set but the Trading Card Database has the checklist and the set runs over 200 cards strong including some 'specials'. 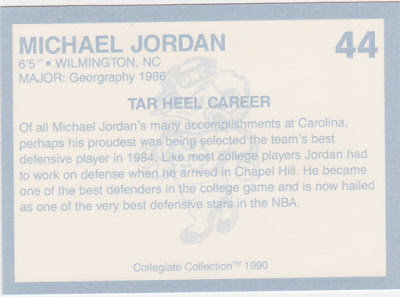 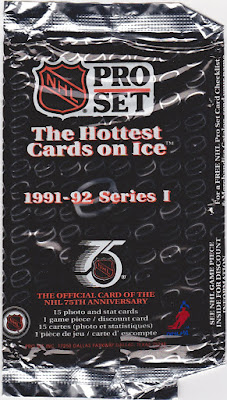 The third pack was Pro Set hockey 91/92. Pro Set could really churn out product back then. But the thing about it was they had some excellent looking sets. The problem was people just got sick of seeing so many of them.

Not much to say about these other than they look pretty good design-wise, the ones I scanned featured some uninspired pics and the pack yielded no Rangers. But for the two dimes it cost me I won't gripe I guess.


Another side note: I read someplace that the Leafs are re-designing their uniforms. Really? The Leafs have a classic look. Even the sort of 'modernized' look that Wendel Clark is wearing from 25 years ago is pretty sweet. If they take the 'leaf' off the sweaters I'm going to be upset. And so will be lots of Leafs fans I'm sure. 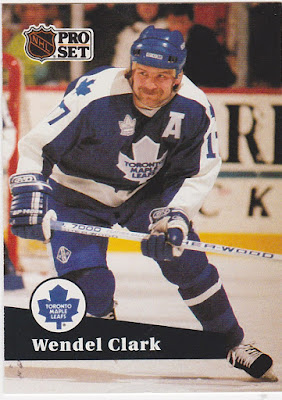 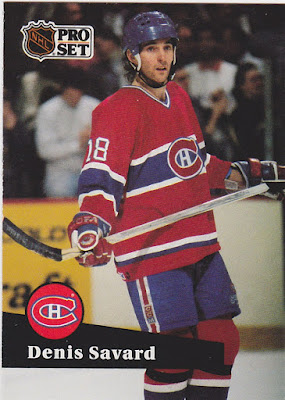 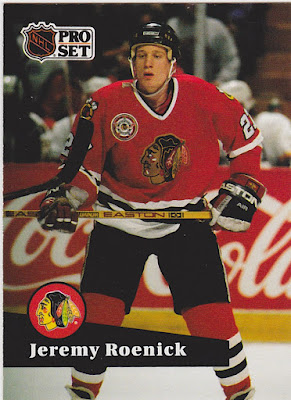 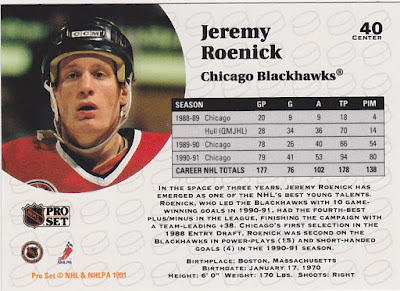 That's it for the packs I got. But I went home with lots more that I need to finish scanning and post.
Posted by Commishbob at 11:29 AM