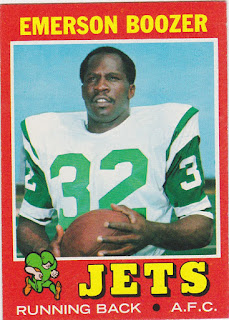 On my Peach Bowl trip to Atlanta I figured a visit to the College Football Hall of Fame was warranted and it was well worth the visit. Upon entering you receive a 'Fan Pass' on a lanyard and the pass is registered with your name and favorite school. It's interactive so that when you walk up to many of the displays the video boards will immediately feature your school. It's a neat deal. Upstairs where the Inductees are featured you walk up to a kiosk-type video board and the inductees from your school are shown. You tap the board and play videos from their career, etc. Pretty ingenious. 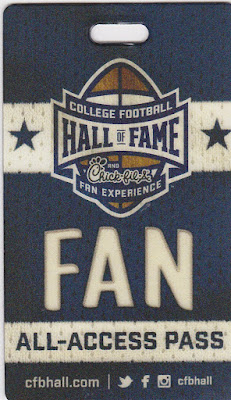 That's the 'fan pass' above and below is one of the touristy promo cards that you find in hotel lobby racks. 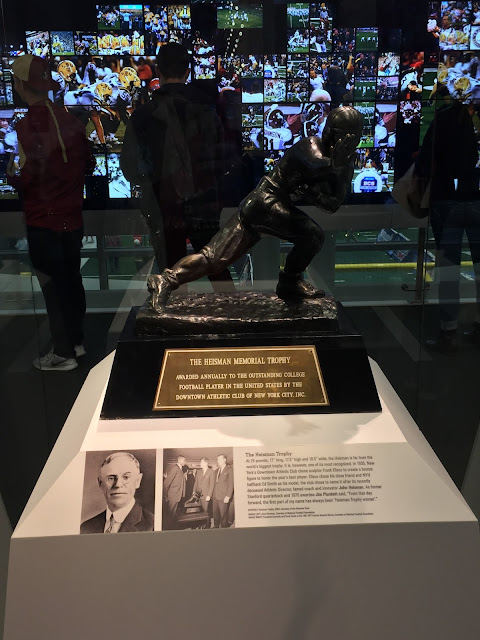 As you enter the Hall the atrium is dominated by a huge two story tall wall of helmets. Once someone registers that person's school helmet is lit up. I think it stays lit for the day. 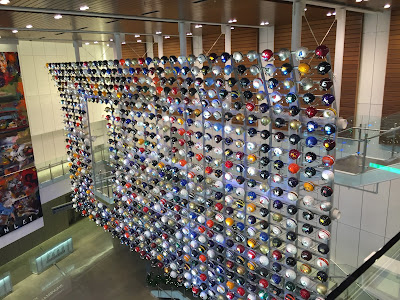 Here is a look at one of the interactive displays. As I got close it showed my school, the University of Houston. 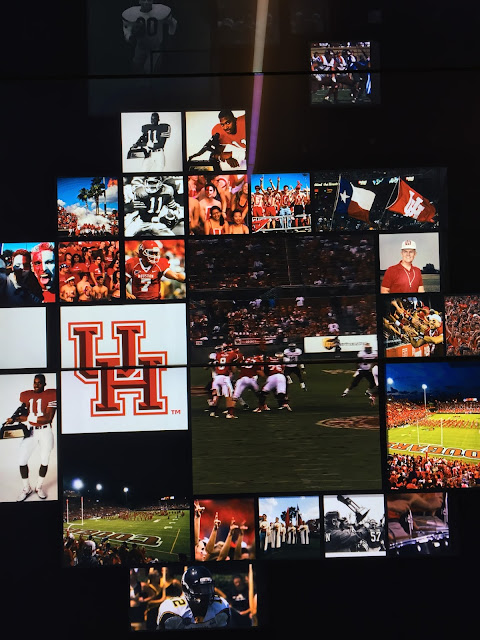 The Hall had a couple displays in the atrium related to the Peach Bowl teams, Houston and Florida State. This is Case Keenum's jersey, former Coog and current starter for the St. Louis Los Angeles Rams. 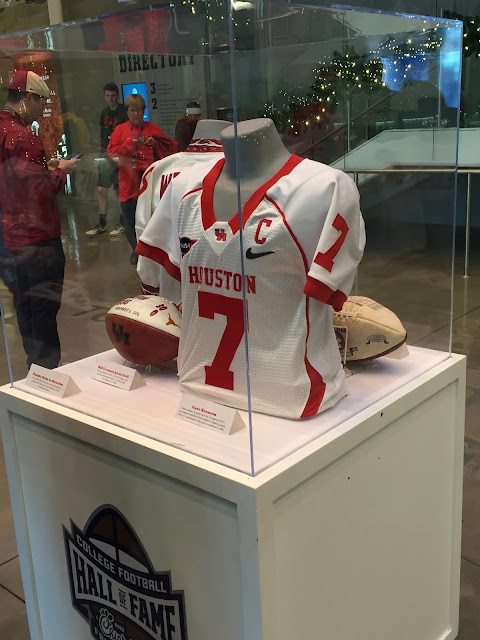 The Hall was fun, especially the equipment displays and the videos of great collegiate football moments. It was well worth the time we took to visit. 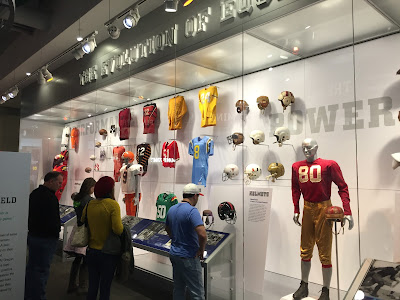 All that is kind of an 'end around' to some cards I picked up at the show last Saturday. All came from the bargain bins and I nabbed each for a reason. At the top of the post is a '71 Topps Emerson Boozer card. Every time i hear that name I'm reminded of my high school days and a freshman who played running back for us named Bobby Adams. He was also my locker-mate and friend. We all thought he looked like the Jets' running back so naturally we called him Boozer. 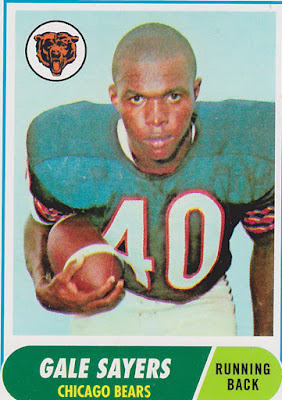 This is some sort of Gale Sayers Rookie reprint card. I forgot to scan the back and the card is not in front of me now but I think it came out in 2010. I collect Sayers but some of his cards are quite expensive. I fill in the holes with knockoffs until I get around to tracking down affordable versions of the real thing. I've said it before but I don't think I've ever seen a player as exciting or dynamic as Gale Sayers. Lenny Moore and Barry Sanders come close. 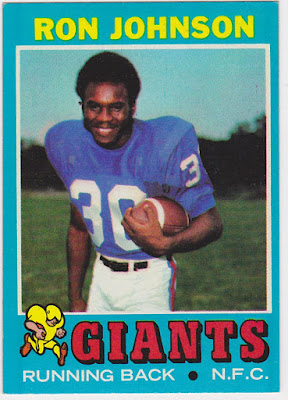 And then there is this '71 Ron Johnson card. I don't think I've ever related my Ron Johnson story. Back about '71 or '72 I came home from college to do laundry and have some good meals and waiting for me was an envelope addressed to me with a New York Giants logo and return address. Opening it I was surprised (to say the least) to find a letter from Ron Johnson. A real, hand written, letter. Two pages of stationary sized paper filled with advice and encouragement. It turns out that my Uncle Gerald, one of those 'never met a stranger-type guys, was on the dais when his Kiwanis Club's special guest speaker was non-other than Ron Johnson. My uncle told him I was hoping to go into coaching as a career and Johnson took it upon himself to get my folks address and write the letter.

I wish I could get my hands on it now. I don't recall everything Johnson wrote but I do know he spoke about how to treat young players and about not letting the long hours that coaching required get in the way of being a good family man. It was pretty remarkable.

Johnson was a pretty good running-back for the Giants back in the 70s. He had been the first ever African-American captain of the Michigan Wolverines football team and a first round pick of the Browns. He's a member of the College Football Hall of Fame and served as the Chairman of the National Football Foundation which operates the Hall. He was a successful businessman after his playing days. Sadly he was diagnosed with Alzheimer's in 2006 and is currently in a care facility.

Posted by Commishbob at 9:30 AM