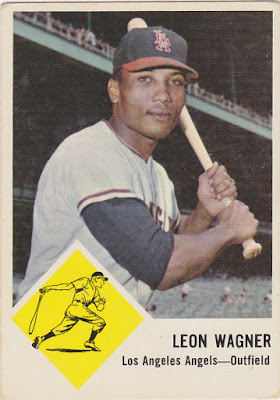 I really should know better than to take on a new project right about now. I am barely posting as it is and I just got caught up on scanned cards over at my 1960 Topps blog. But the 1963 Fleer set jumped into my line of sight at the local card show a couple of weekends back and I couldn't look away.

I recall how my buddies and I loved this one when it hit the stores in New Jersey back in the day. We were amazed that someone other than Topps had put out baseball cards in packs...and with a cookie no less!! I mean we had plenty of Post cereal and Jello cards but these came IN PACKS!

In the back of my mind I've always thought I might one day chase this thing down. I've had the four Orioles cards forever and I have picked up a couple others including the Koufax along the way. Hitting that local show clinched the deal.

I rarely get too far past the very first table at the show. That's the promoter's table and he always has boxes of vintage that he sells cheap. Dime, quarter, dollar boxes, etc. One box he had at the latest show was marked $2 and I dove in. Immediately I found a nice cache of these Fleer cards and heard my wallet screaming to be opened.

I culled out the half dozen dupes and the Orioles in the stack and ended up with 22 cards....one third of the set exactly if you don't count the elusive checklist.

They were in really nice condition for $2 cards. Not mint certainly but they were not 'filler' cards either and none will require upgrading. They were mostly commons with a couple of minor stars like Jim Kaat and Vern Law sprinkled in.

The Leon Wagner up top is among my favorites (we loved his 'Daddy Wags' nickname) and here is a look at the back. 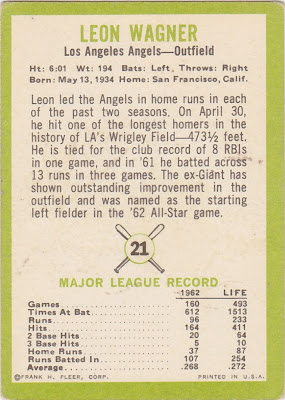 Nothing special about the backs. As usual you could easily mistake them for a Topps product based on the typography Fleer used. But, whatever.

I randomly scanned a few of the others. I think I'll wait until I knock off some of the stars before I post all that I have. I'll post my want list over on the right side column when I get the chance.

Jerry Lumpe in one of the few drab unis in the otherwise colorful Athletics' history. 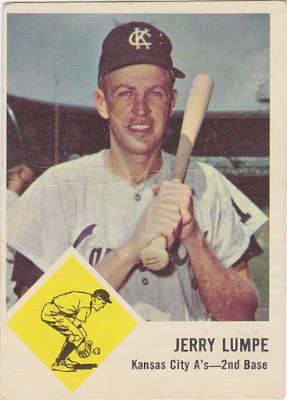 Lots of Yankee Stadium shots in the set. Here is Jim Landis. 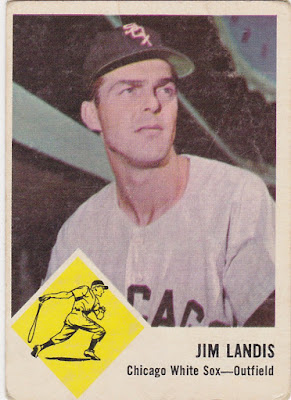 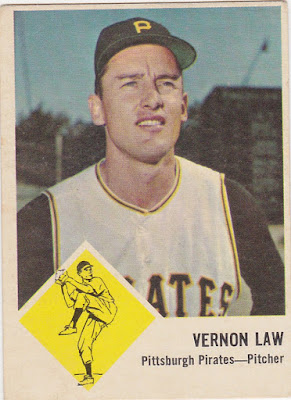 Al Spangler in the Polo Grounds. The Colt .45s  always seemed sort of, I dunno, exotic or something in that era. 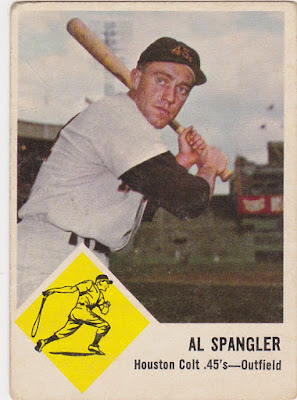 Elroy Face in another Polo Grounds setting. I saw maybe two games there as a kid, Mets games not Giants. I hardly remember being there. 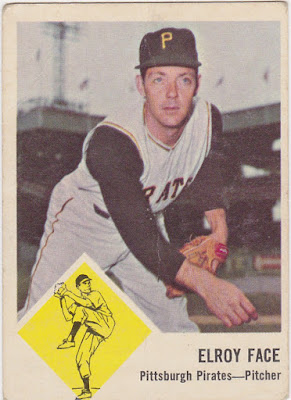 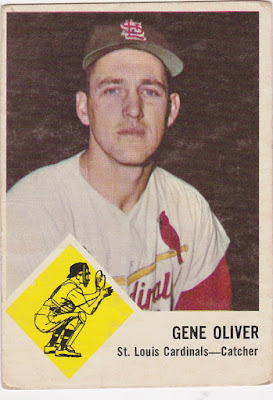 Clay Dalrymple at Wrigley. Are his pants split or in that some sort of elastic insert to keep them from splitting? 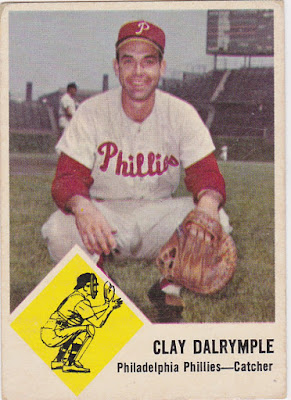 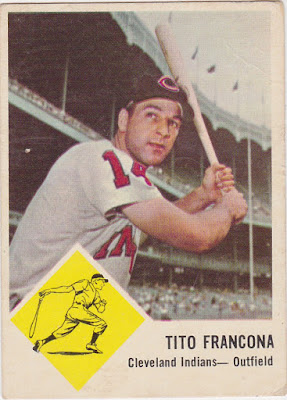 Gene Freese at the Polo Grounds. WABC was the local radio home of the Mets' broadcasts back then. That was also THE station to listen to for rock'n'roll in the 60's. Unless you were a WMCA ("The Good Guys") or WINS ("Murray The K and his Swingin' Soiree") guy. 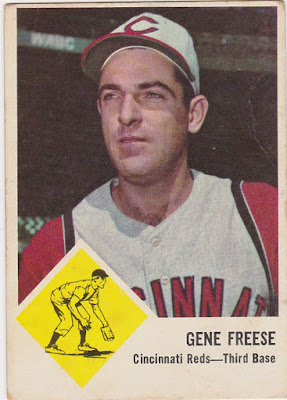 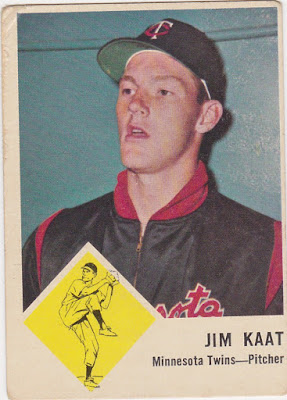 I've got some snipes in on small lots of cards from this set. I won one last night and was able to pick up five cards (four new) for about $3 a card including the shipping. I'll get there but I'm in no hurry.
Posted by Commishbob at 11:26 AM

Email ThisBlogThis!Share to TwitterShare to FacebookShare to Pinterest
Labels: 1963 Fleer