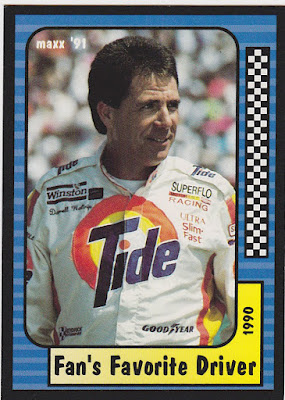 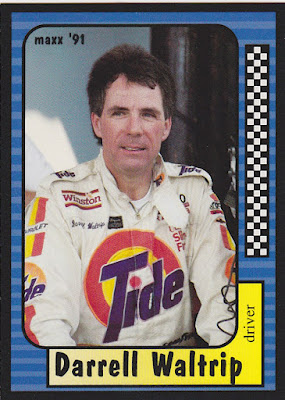 My first live NASCAR race was the inaugural Texas 500 at Texas Motor Speedway in 1997. I'd been a fan for awhile but never had there been a track close enough to make a trip feasible until TMS opened in the Ft. Worth area. It was a lot of fun. I'll never forget the sound of those cars even as we heard them from the parking lot on our way to watch practice and qualifying on Friday afternoon.

I enjoyed the Busch race on Saturday but Sunday was the big day. I was finally, FINALLY going to get to see my favorite driver, Darrell Waltrip race live and in person. He was well past his championship contending days and he was running his own team on a shoestring budget but I didn't care. We had pretty good seats, fairly high about halfway between the start/finish line and Turn One.

After fighting monumental traffic tie-ups we still managed to arrive early and as green flag time approached we were ready. Waltrip tee shirt, radio, headphones, cold refreshments, the works. Then after driver intros... "Allright, DW!!!"... and a few warm up laps they threw the green flag and the sound exploded as the cars roared in front of us and into the first turn..... where Darrell Waltrip got wrecked. Are you kidding me? All this and he goes 250 yards and gets shoved into a wall on THE FIRST TURN OF THE RACE?!?!

Next thing we saw was the hauler carrying his trashed car out the tunnel and off to North Carolina. LOL The race was fun. Jeff Burton won it but I'll never forget how disappointed I was on that first lap.

Up top are a couple of cards from my Waltrip collection. They are from the 1991 Maxx set. I bought a box of them but I have no idea how close I am to having a full set. 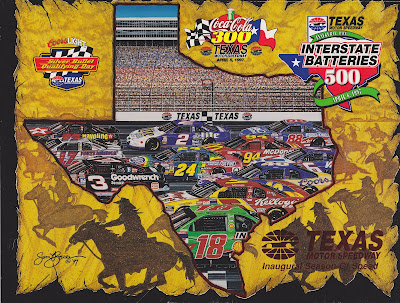