Guys On The Phone

Over the past few weeks Bob Lemke has been featuring cards from niche collections he created from the huge cache of mostly 1990's cards he acquired through his work at Krause Publications. I made a comment on one of his posts and mentioned that I had collected a few off beat collections as well. One of those was cards featuring athletes 'on the phone'... players using sideline and dugout phones and headsets.

Bob replied that he had a very similar collection scheduled for a post on September 2 so I thought it would be fun to dig my 'phone guys' out and present them here on the same day. And here we are.

Most of the 40 or so cards in this little collection of mine are of NFL players shown on 1990 era Pro Set and Topps cards. But there are quite a few more off-the-wall cards included. I'd forgotten about some of them.

Some of the cards show Hall-of-Famers possibly talking to their brokers. Cal Ripken for example, on a big ass early cell phone. I remember being amazed at these contraptions. They were (to me) the second generation cell phones as they followed the 'phone in a bag' things that I remember a buddy carrying around the golf course. 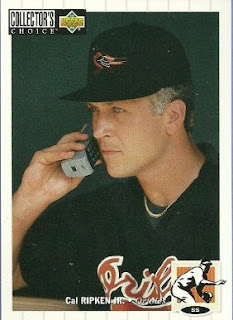 A few more HOF guys using electronic stuff during games.  Brett was still years away from sexting pix of his well, junk to female reporters. He quite possibly was engaged in an intimate conversation with Phyllis George. 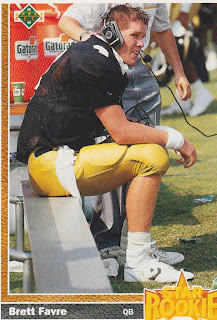 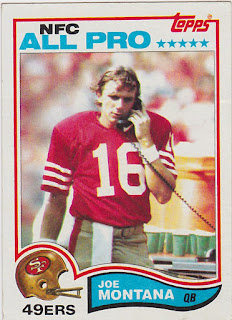 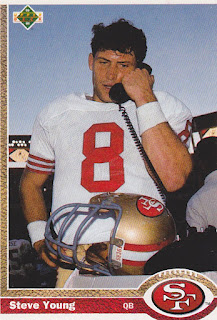 More football players including Dan Pastorini likely scrounging up a date with a runway model. He was cool that way. 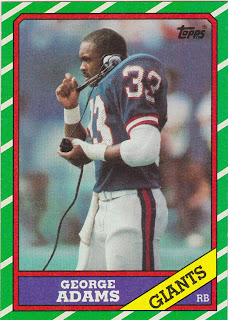 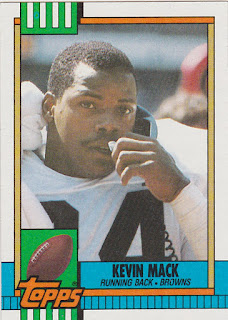 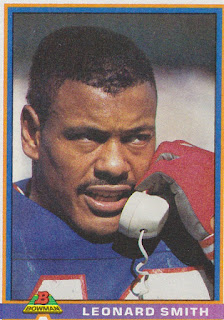 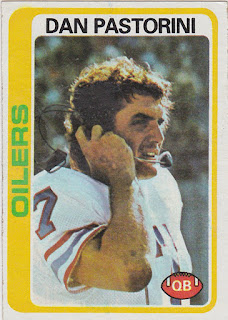 And a couple more 49ers. Maybe communication was the key to their glory days. 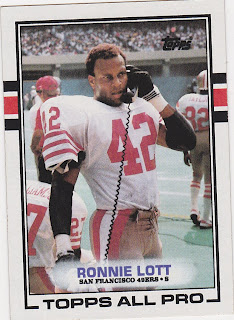 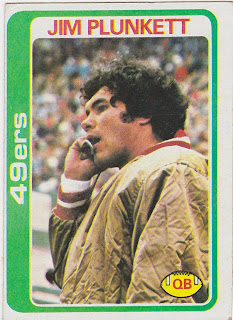 The NBA Hoops set featured all the draft picks on the phone. They were either taking 'the call' from the team that drafted them of dialing mom with the good news. 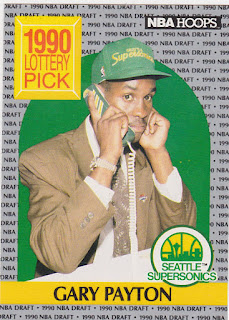 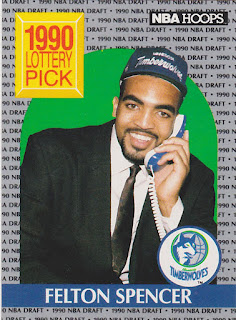 And I somehow had added a few oddball cards along the way. I have no idea where I came across this card of boxer Bill Castillo. But I would be willing to bet he didn't 'dial' that call! 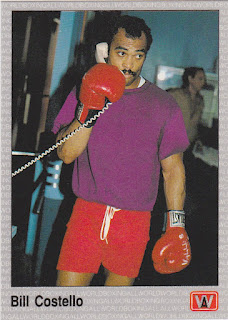 And finally we have Michaelangelo calling in a pizza order. I know this card was originally in my kids' binder. They loved the TMNTs. 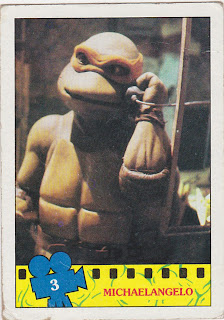 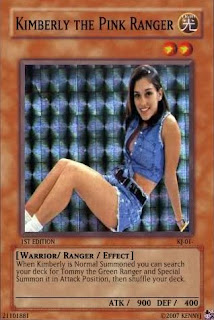 ... I never minded watching that show with them!!
Posted by Commishbob at 9:05 PM