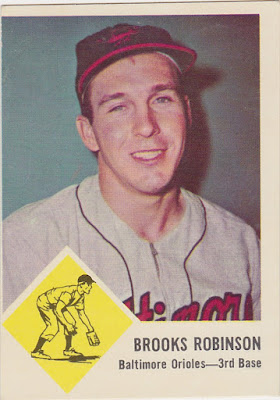 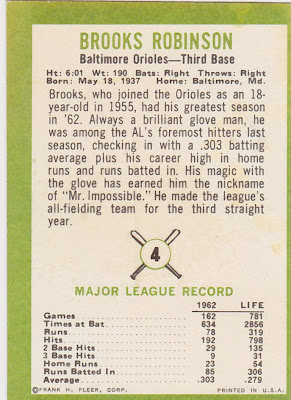 Yup, off-center as hell but it's still one of my favorite cards because 1) it's Brooks and 2) the '63 Fleer set is just awesome.

The set has lots of stars and with only 66 total cards (plus the checklist) it's not impossible to complete. There are four Orioles in the set and they occupy the first four spots on the checklist. American league teams are the lower numbers followed by the NL teams. Each team is represented in alphabetical order, Baltimore --> San Francisco, and each team's players appear alphabetically. Here are the Orioles:

Followed in order by the Boston Red Sox:

Wait... Willie Mays? Yup, it is thought that Mays was a late addition to the set and he was inserted into the #5 spot, bumping and Oriole or Red Sox player. Probably the Sox' Eddie Bressoud or perhaps Russ Snyder of the O's.

There are a few other exceptions to the numbering conventions. They are detailed on the PSA site.

It's a great set and I especially love the Koufax. Mine is a bit frazzled but it's OK by me. 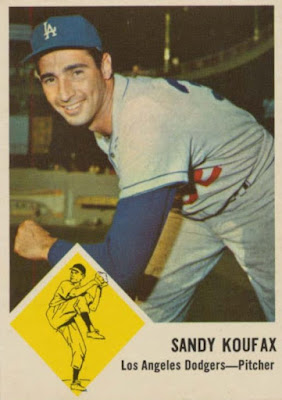 The rest of the Orioles and maybe a few strays will be in another post.
Posted by Commishbob at 7:17 AM