As my '67 Topps chase reached the point where I was looking at only needing the high number SPs, I figured I could take up an oddball-ish set just for grins. I happened upon a Net54 member looking to dump a nice, big starter set of 1962 Post Cereal cards at a bargain price. Right up my alley.

I had a lot of these back in the day. In '62 my siblings were just about the age where they would want cereal for breakfast and I, as a pre-teen, loved the stuff. (Honey Comb and Alpha bits were my favored Post offerings) Add in the fact that there was a family down the street with about six boys junior high age and younger, and there were plenty of these floating around my block. 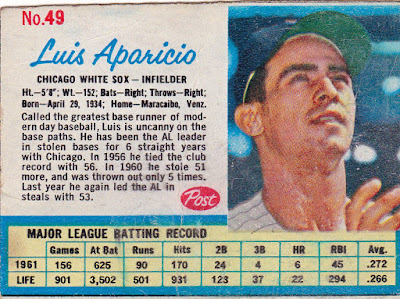 My goal here is just to collect the cards. I don't care at all whether or not they were cut straight, folded, or have kids' names written in the blank backs. These were trimmed from box backs with blunt, dull scissors for the most part and I think that adds to their charm. 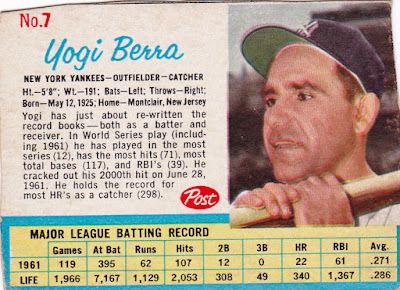 The lot I bought was mostly American Leaguers. And there were plenty of stars in it. 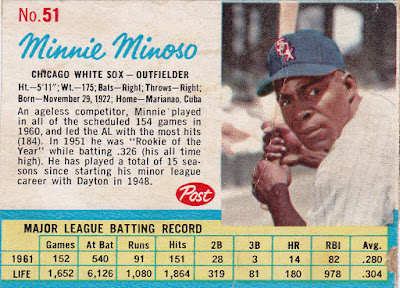 I also found quite a few more at a card seller's store online and grabbed more cheap ones. That bunch got me this mantle. 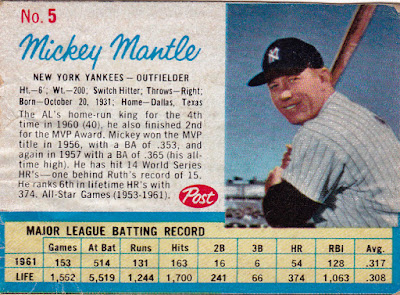 I had a Pierce in my BP collection but I needed one for this binder so for a buck I grabbed this one. 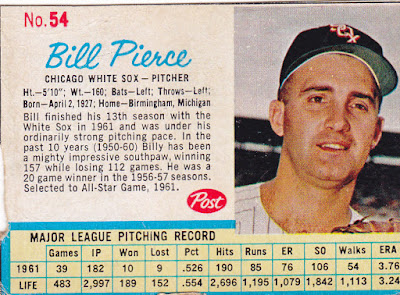 I also found some of the last inexpensive '67s that I needed and those will get posted soon. 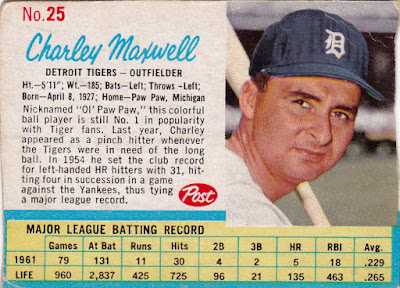 Charley Maxwell, aka Paw Paw...aka The Yankee Killer. He sure resembles some TV personality but I can't quite figure out who it is.

Anyway, I'll have a wantlist up and if you have any of these that are collecting dust, I'd be happy to swap for 'em.

Posted by Commishbob at 5:52 PM