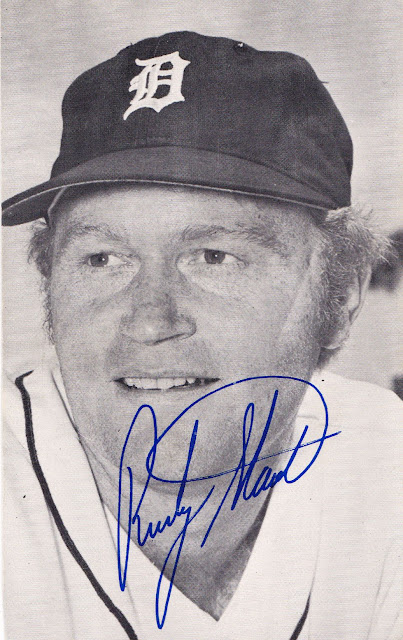 I've been trying to fill in a few inexpensive gaps in my player collections recently. I had found a TCMA Cardinals card on eBay but I hate buying something for a few nickels and spending twice as much on shipping. So I dug through the dealer's listings and came up with enough Staub items to make the buy worthwhile.

Nothing earth-shattering here. Just a few oddballs and a Topps that I already had but I may need to fill a set chase hole at some point.

By far my favorite piece is the team-issued, signed postcard above. The seller called it a J.D. McCarthy/team issue. It has a blank back which lends credence to the theory that it was team issued. Most of the McCarthys that he provided to players had a postcard back and a small name box on the front. 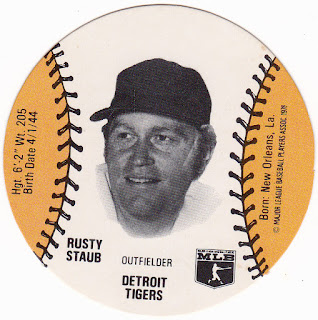 Next up is a 1978 Whiffle Ball disc. The MLBPA got a lot of mileage out of the license for this design. EDIT...looks very much like the WB disc photo is the same as the postcard. 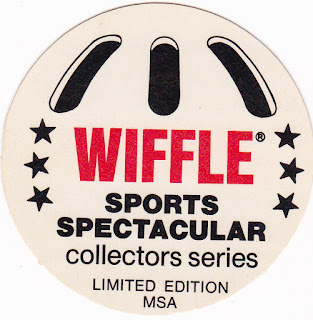 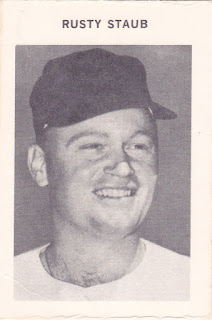 1969 Milton Bradley game card. Not much to these. that photo of Rusty looks like something that was taken while he was in high school. Pull out the dice and lets play! 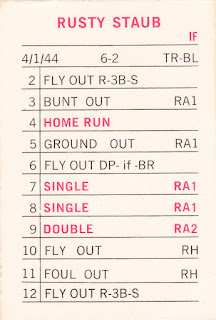 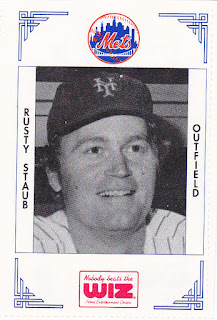 Here is a 1991 WIZ Entertainment Center card which was part of a Shea Stadium promotion that ran that year. Apparently, all 450 players who had been with the team up to that point were part of this. They were issued in perforated sheets of 10 cards each. 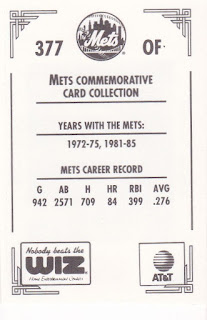 The WIZ is long gone as a retail outlet. You can read about it here. A couple of sites discuss the reference to it in a Seinfeld episode.

Finally, we have a 1968 Topps Staub. I had one already but there may come a time (way, waaaaaay down the road) that I turn my stack of '68s into a set. It's one of my least favorite Topps sets so I doubt it'll be any time soon. Dig Rusty's flaming red hair! 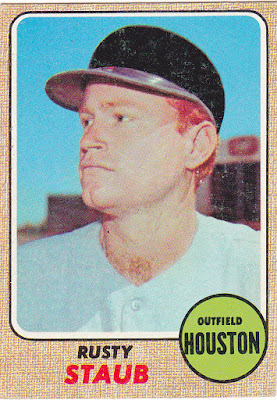 He was coming off one of his best seasons. The '67 club was the first Astros team I was familiar with and it remains my favorite. Looks like I need to take a closer look at my PCs and update the checklists. It's not like I don't have the time.

Posted by Commishbob at 4:45 PM