Boy, was I ever wrong.

Monday I posted the TCMA '42-'46 Cardinals set. Near the end, I noted that the set had been reissued in 1983. Based on what I knew of TCMA and what I had seen of the cards online (or thought I had seen) I assumed that two versions were basically the same. Not so.

Here is the Buddy Blattner card from the '83 version of the set: 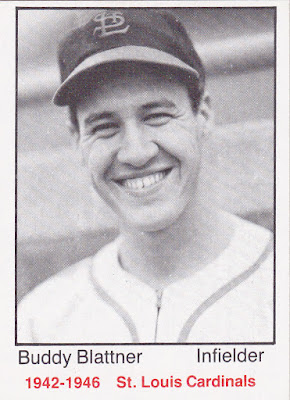 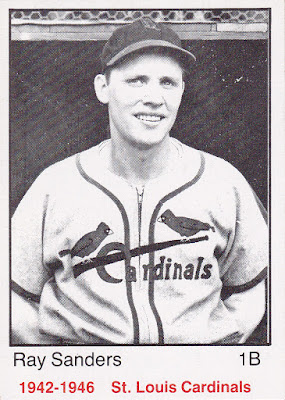 The player's name and position are now rendered in black in a slightly narrower (and cleaner to my eye) font.

The bigger difference is on the reverse... 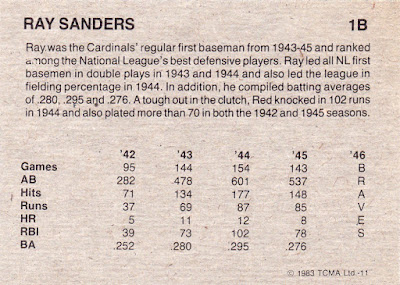 The '83s were printed on gray cardboard. Each player gets a summary paragraph dealing with his career with an emphasis on the '42 thru '46 seasons. The stats are much more presentable than the typewritten ones of the earlier version. There is no comparison, the '83s look much more professional. 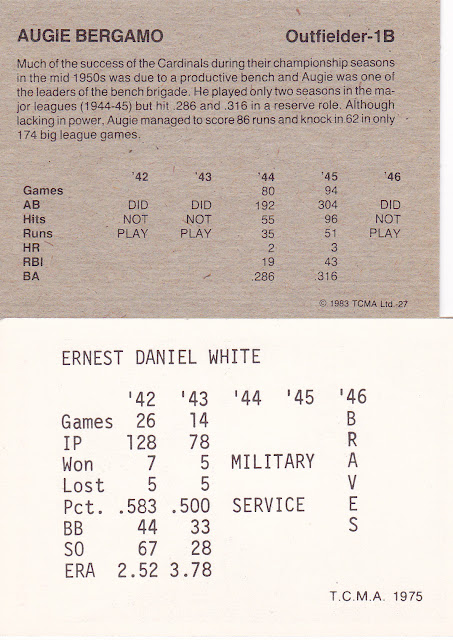 The difference in the shades of gray between the two '83s above is a scanner thing, they look the same in hand. Note that the copyright is updated and the cards are now numbered.

Ken Burkhart's card was one I had in the 'red cardinal' version and I thought I had found the regular version. But the card I acquired turned out to be the '83: 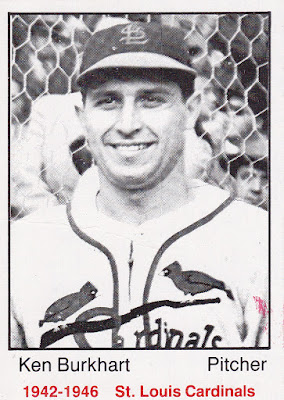 This leaves me with the '75 variation and the '83 non-variation. Scanning them together allowed me to notice that I had assumed the '73s were 'standard' sized. Nope, they are about 5/32nds taller than standard. The '83s are exactly 2.5 x 3.5, the size card we know today. 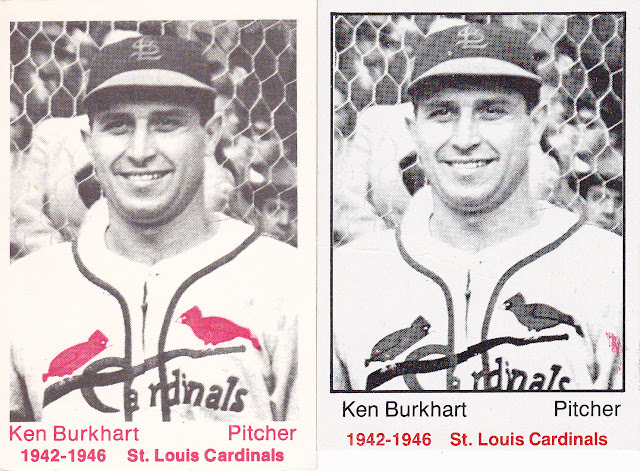 I also picked up the second of the two different 3-player specials that featured Stan Musial, Mgr Billy Southworth and a third player. Johnny Hopp in one, Ray Sanders in the other. '83 w/Sanders on top, '75 w/Hopp on the bottom. 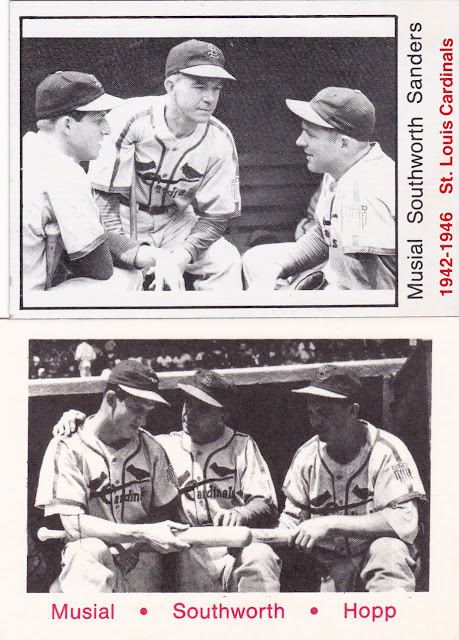 TCMA moved the text to the side, bordered the photo, and added the era/team designation that the player cards have. The reverse is also different in style. 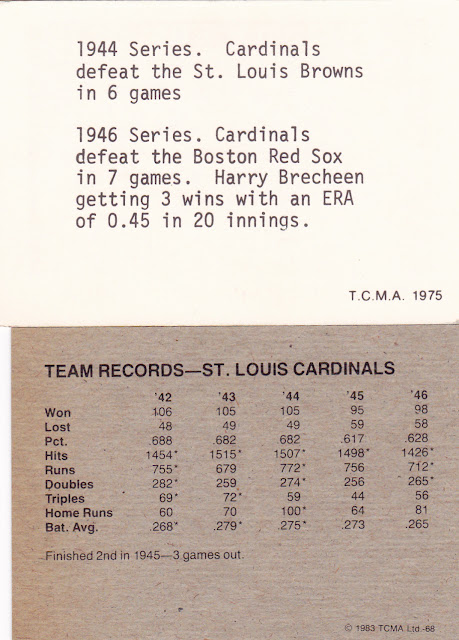 It was kind of fun discovering these things. TCMA was a weird and wonderful company.

Posted by Commishbob at 1:11 PM