All Dressed Up And...

Next Saturday morning I'll head across Houston to hit the hotel card show. My want list will consist of just one card, the Topps '71 football Joe Greene rookie. One card. I can't remember the last time I haven't printed out multiple sheets of names and card numbers to carry to the show.

Oh, sure. I have multiple needs for my 1960 Leaf and '61 Topps stamp chases. But both of those have reached the point where what I'm lacking is so elusive that I don't need to print new copies. Not to mention the fact that the chances that one of the dealers at the small show having something on the lists are remote.

So why am I going? Well, it's a card show. And I really enjoy talking sports and the hobby with the friends I've made among the dealers. And, despite not wanting to tackle a new set now, I do have a hobby goal or two. I've decided to fill out a couple of my player collections.

I'm going to do a few players at a time. And I won't attempt to be a 'completist' in the fashion of my Billy Pierce collection. I'm going to finish off each player's career-era regular cards and inserts and whatever oddballs fall into my lap.

I'm going to dig into Johnny Callison, Elston Howard, and Dennis Martinez first. All of them have cards in my set binders already but, as with Pierce, I am going to have separate player binders. But enough talk. I actually began my jump into this last week at the previous show. I came away with some Callisons and an Elston Howard card that were mostly upgrades to the ones I already had.

The Phillies were the first NL team I took an interest in and Johnny Callison was my favorite Phils player. My best friend and his father were 'NL guys' and went to a lot of games at Shea and I frequently got to tag along. There's no way to know but I wonder if the picture used on his '66 Topps card was taken on a day we were there.


The '67 set keeps calling out to me. I resist. Callison got a nice Spring Training photo here. 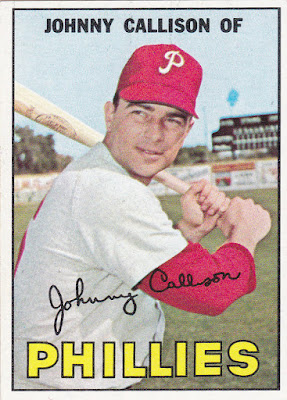 Don't know about the '69. Not enough evidence. 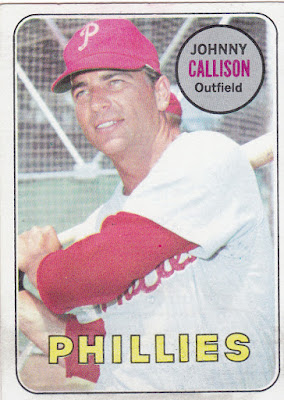 By the early 70s, Callison was a Yankee and I was knee-deep in college stuff and no longer cared all that much. 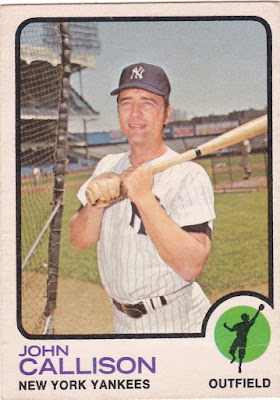 EDIT: Jon's comment below reminded me that this is an O-Pee-Chee Callison. It was mixed in with a dealer's Topps '73s and for a second got me thinking I had found a bargain. He was selling the cards for 50 cents each and the Topps Callison is short-printed and commands a premium for the most part. Here is the back ('73 backs are fun!) plus a Bob Moose OPC that was in there as well. My Moose collection is pretty much complete, btw.) 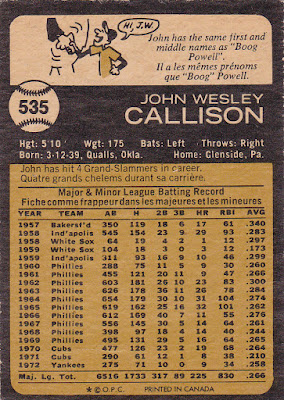 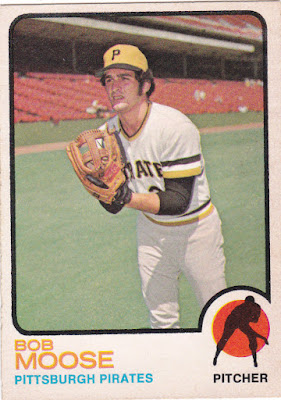 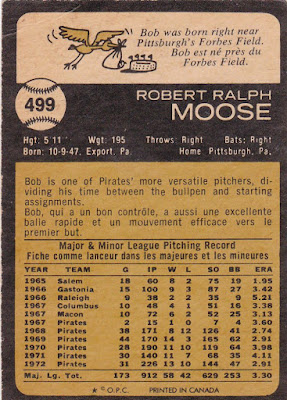 I nabbed this '66 Ellie Howard knowing I already had one but it was so nice I figured it would be better than the one I owned. I was right. 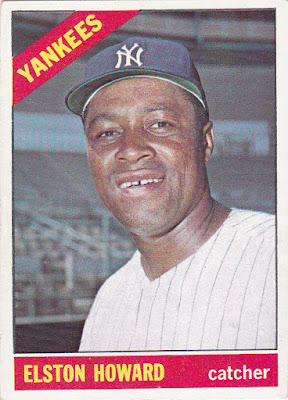 Meanwhile, I'm cleaning up the checklists I've had for each of them and actually bindering everything. Once these guys are far enough along the way I'll tackle a couple of others. On my list are Paul Blair, Rusty Staub and some guys from other sports, Connie Hawkins and Rod Gilbert.

This little, low-stress project will give me a reason to continue to go to the small card shows. If I can get organized in the next month I should be able to take care of a lot of my list at the TriStar show in February. We'll see.
Posted by Commishbob at 10:51 AM