As this gets posted I'm on my way to Dallas to watch my New York Rangers take on the Stars tonight. Normally this would be one of the great events of the year. I've made this trip every year since the Stars arrived in North Texas.

But this year is going to be different. The Rangers are playing HORRIBLY lately and I see no end to the death spiral they are in. Normally my wife or my sons go with me but the schedule didn't work out for my guys and my wife is buried under her contract work this week.

Wednesday Edit:
Well, best laid plans and so forth...I woke up Monday morning with the flu (Influenza Strain B to be exact). I never made it to Dallas or any farther than the Redi Clinic and pharmacy for that matter. I was able to cancel the post using my phone which is a minor miracle. But I had these cards on the post so I'll leave them right here.

And the Rangers' death spiral continues, tonite a 6-1 loss to the Bruins! At home no less. In 1970 losing 6-1 to the Bruins at home would have had me in a very dark place. But the Rangers and Bruins are no longer mortal enemies. (I've never lost the animus but most everyone else has apparently).

So tonite it's just another crap performance in a string of them for my guys. 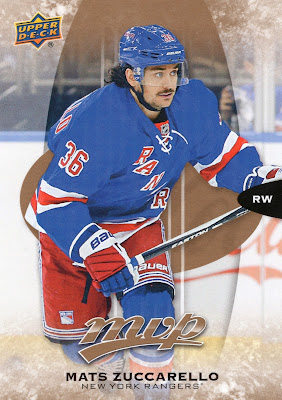 Here are two Rangers cards about which I can't think of anything positive to say tonite other than they are nice cards. 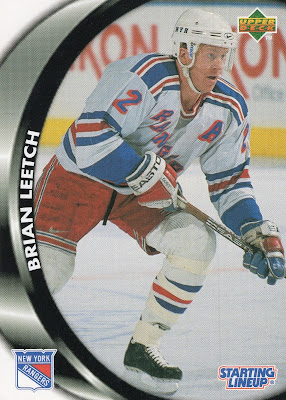 And last night my wife asked me how the Rangers did on Monday. When I told her they lost 2-1 to the Stars she said...and this is a direct quote..."So you didn't miss anything!" She doesn't really 'get' sports.
Posted by Commishbob at 11:07 PM