Digging further through boxes of 'stuff' as I attempt to organize my shelves I came across these Orioles team-issued postcards. I got them signed on one of my last trips to Arlington Stadium. I'm guessing 1988 or '89. After that I was too busy with kidsand coaching to make the regular trips to watch the Birds. 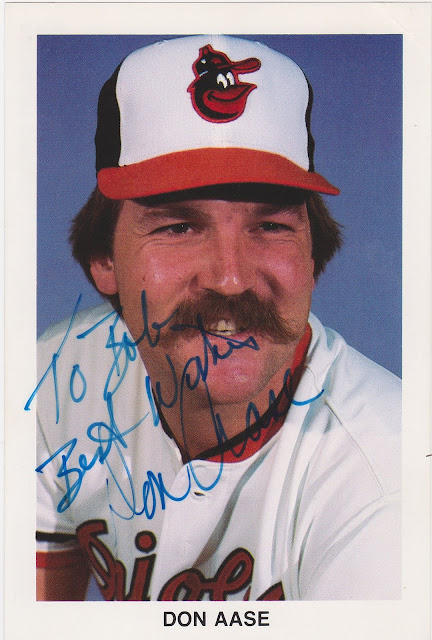 Nothing spectacular here. I used to stay at the same hotel as the team which was just across the parking lot from the ball park. Even though I am not much into autographs I enjoyed getting cards signed there. Most of these were signed in the lobby or hotel restaurant, a few in the parking lot. I always asked the player to sign to me and for the most part they did. 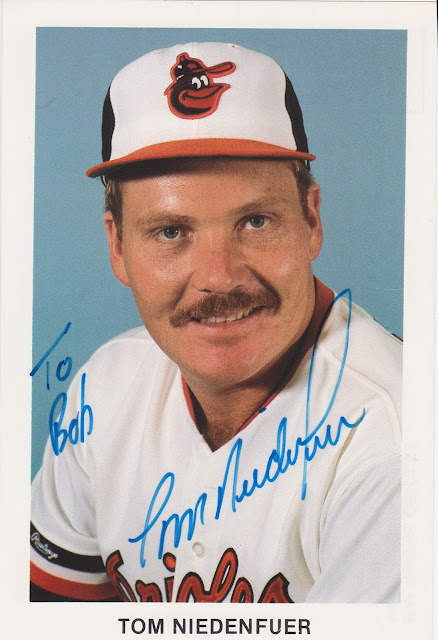 Funny thing, I wouldn't dream of approaching a player for a signature like that now at my age. 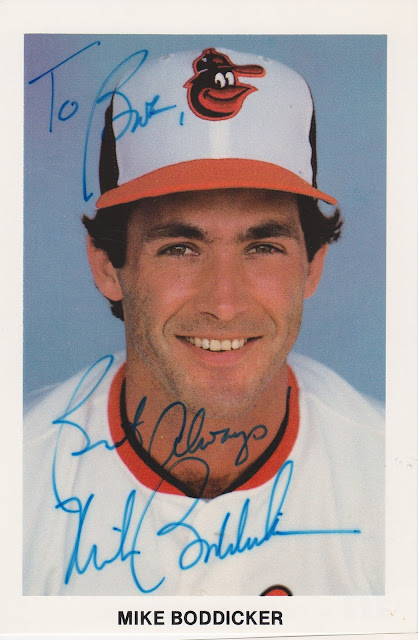 The last time I collected an autograph 'in the wild' was at Nationals' Spring Training when Matt Williams and Tony Tarasco came over to talk to us in the team box seats. Oh, and I did flag down Dennis Martinez at Minute Maid Park. 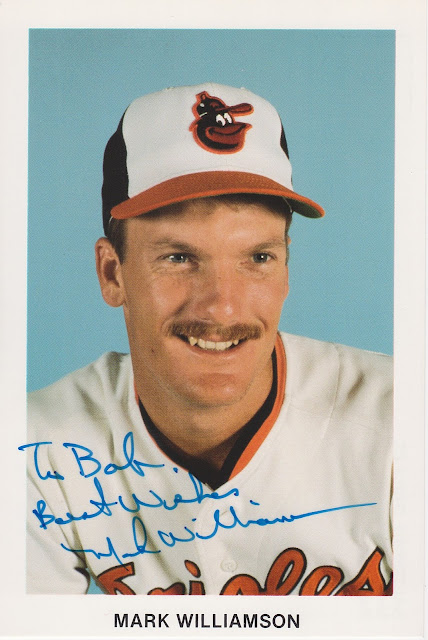 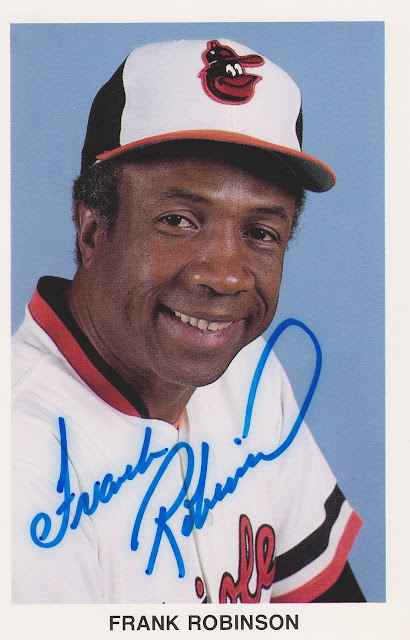 My scanner hates bright white borders. I had to bump and bruise these cards to get images. 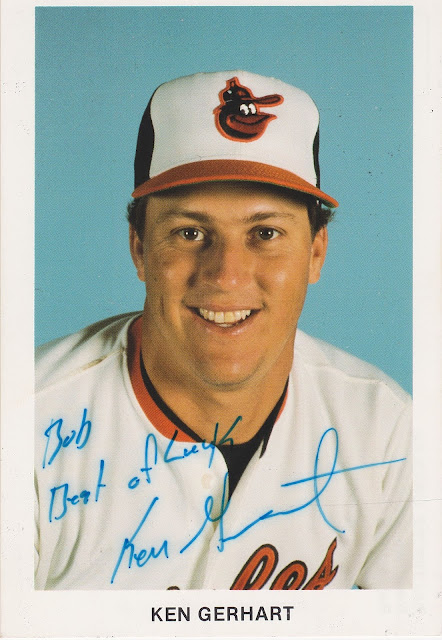 It was in the parking lot there at Arlington Stadium that I heard Eddie Murray speak for the first time. I'd previously been convinced that he was mute. 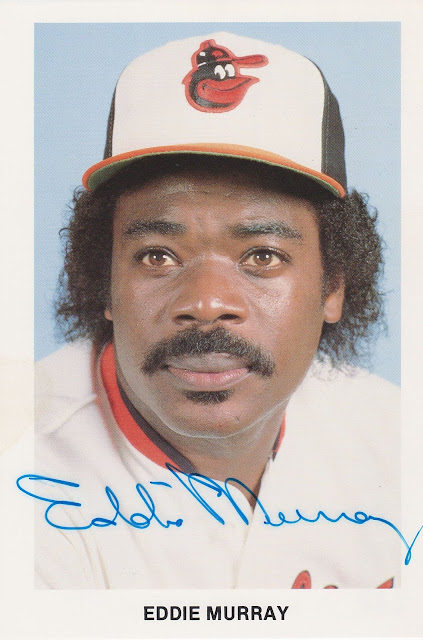 More fun stuff from my 'vault' coming soon.
Posted by Commishbob at 11:01 AM