With only two items* on my Billy Pierce 'wish list', and both of them being costly/hard-to-find, I haven't really done much to bolster my Pierce collection lately.

I added a couple of 'art cards' which fall into the 'I'll add them if they are reasonable' category. They weren't 'must-haves' but they are attractive pieces that I was happy to pick up.

Almost all my Batman art cards are original sketches. I rarely give a second glance to prints, no matter how limited. When it comes to sports art cards I'm not as fussy. I really like Edward Vela's style. He's done a handful of Pierce cards previously. I have bought and posted two others. This one is the best of the bunch. It's based on a photo that I've seen used multiple times on cards. 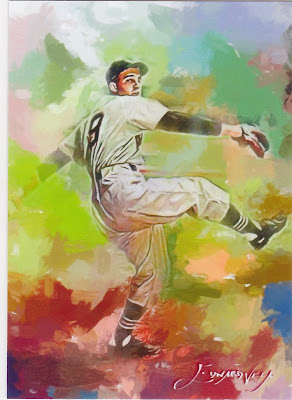 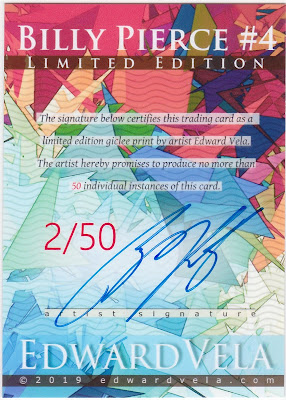 That card back is signed which is unique among the Vela Pierce cards I own. The fact that it has "#4" after Pierce's name means there is one more I might eventually track down. I bought a stack of his cards a few months ago and still haven't scanned them. I'll get to that soon enough.

The other addition is a Gypsy Oak 'faux' vintage postcard. I believe it's a woodcut and it's done on old cardboard. This came from a third party seller on eBay. I purchased a few items from the artist directly some years back and I see some of his work on Twitter. Earlier today I tried to locate his home page by looking at his Twitter profile and found that he has blocked me. 👀😏😄 This could be due to the fact that I declined his offer to sell me a large Pierce commissioned piece. (too costly and I couldn't display it anyway) or, and this is more likely, due to my left-leaning, socialist (LOL) Twitter posts and re-tweets. Sigh. 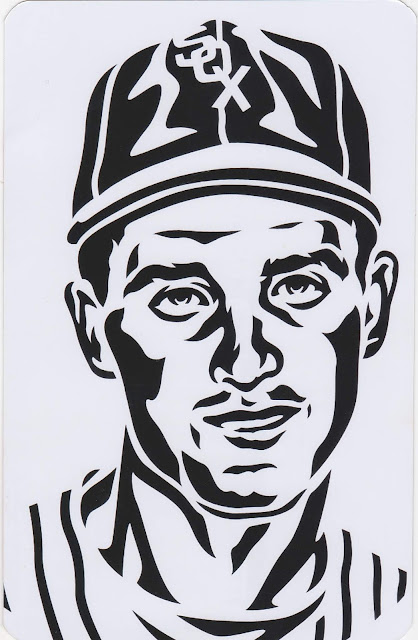 Nonetheless, it's a nice piece and it'll go into the Pierce binder postcard pages. I hold no grudges. Besides, I think I blocked him first. ᕦ(ツ)ᕤ 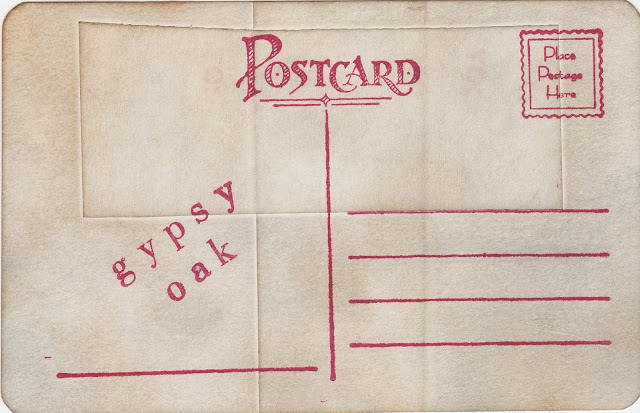 Today's afternoon mail brought something that fits this post perfectly. A postal cachet featuring BP with the Giants canceled in NYC in 1985. I don't think the date has any significance at all. One reason I liked it is the fact that it mentions his duels with Whitey Ford. I saw a couple of those at Yankee Stadium with my father. 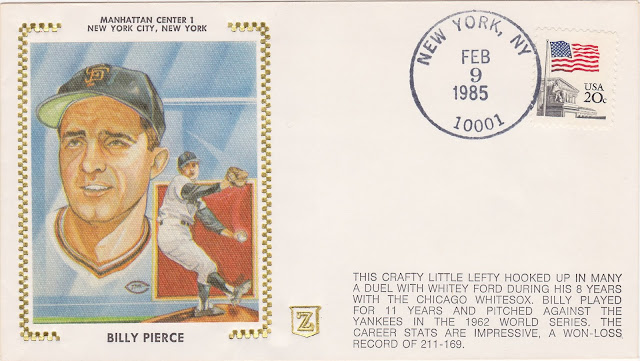 But it's another oddball Pierce item.

*= they are the '59 Bazooka Short Print and the 1959 Topps Venezuelan Ace Hurlers #156 with Robin Roberts
Posted by Commishbob at 2:08 PM