On the road again

I'm out here in beautiful (but weird) Austin on the first leg of a summer tour of the I-35 corridor in central Texas. I'll be attending a Texas teachers retirement seminar. It's the first step to the end of a fun teaching and coaching career. And then I'll head south to attend my final coaches conference. It runs thru the middle of the week.

I don't plan on doing any sightseeing so I figured I'd grab something to occupy myself hobby-wise. A stop at Target revealed that nothing new had hit the shelves but by digging around the bottom shelf  I came up with a discounted blaster of the Leaf Babe Ruth set of a couple of years back. I also picked up the football pack for no apparent reason. 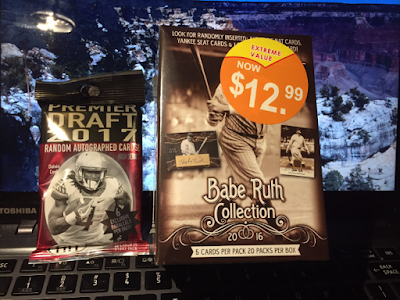 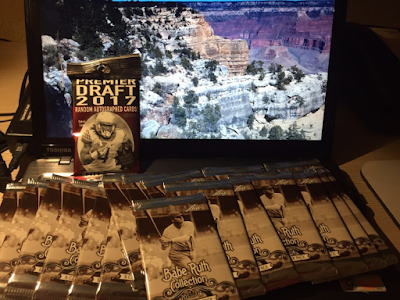 Now the Ruth box isn't something I'd pay full price for. But I had a pair of $5 Target cards I earned with previous purchases of Tide and Cascade (LOL). I also had a five dollar good-for-anything coupon I got as a 'make good' from the time the power went out as I was being checked out at the register.

All in all most of my purchase price was covered. The box has 20 packs of five cards each. I opened one pack tonite and I took pics. No way I'm going to blog every pack but if something really interesting pops up I will put it to the side for later use.

The cards are sepia toned obviously. 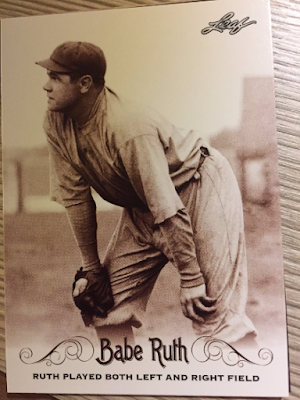 Of the first pack only the picture used in the card above looks familiar, which is a good sign. 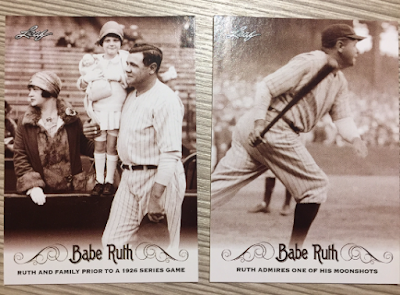 The back relate to the fronts and use a small cropped version of the same photo. 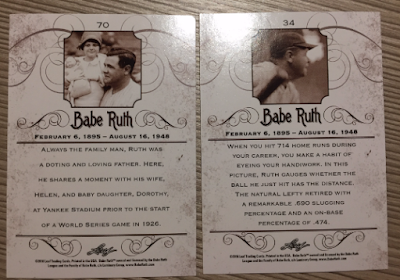 I'm guessing this is one of the subsets. I haven't looked at the checklist yet. I have know idea what I'm getting into set-wise. Not that it matters...I bought this box for entertainment purposes only. 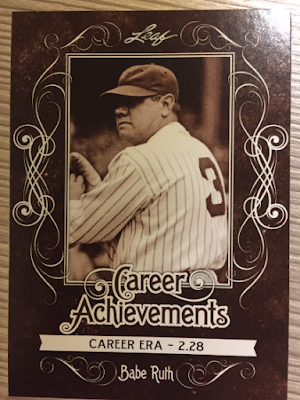 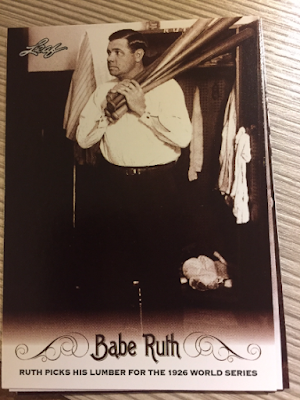 I'll bust a few more packs tonite. Maybe I'll come across the '1 of 1 Cut Signature' card. If so my retirement will be a bit more fun.

LATE EDIT: Here is by far the best card of the packs I opened tonite. It's just so Ruthian. 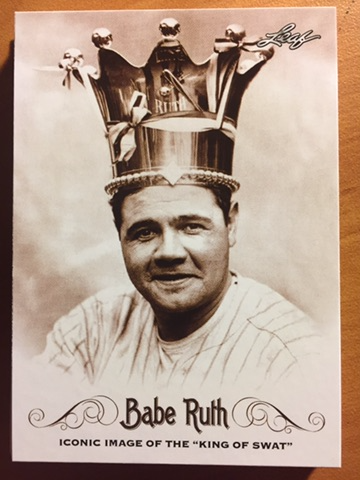 One last pic just because. Here is tonite's diner: 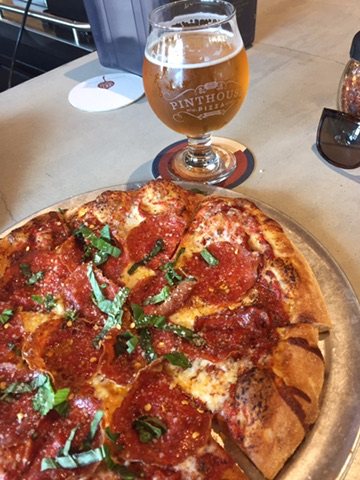 Yup, it was good. No, I didn't finish the pizza. But I did finish the brew.
Posted by Commishbob at 10:35 PM