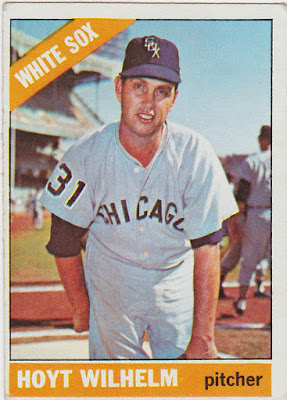 I haven't picked up much recently, card-wise. I've missed the last two monthly card shows. I did get a nice PWE from Brian of Highly Subjective and Completely Arbitrary. I'll have those scanned and posted soon.

These three cards of  pitchers have been sitting in my scanned folder, in search of a theme. I can't come up with one so it's time to post them...themelessly!

I'm not sure why I glanced at this '66 Wilhelm and thought it was some sort of modern alt reprint at first. I had no memory of it even though the '66 set was one I collected seriously back in the day. A few stray marks on the back don't ruin it for me.

The card is not a 7th series/high number but one site describes cards 447 to 522 as 'semi' high numbers and says they are nearly as scarce as the high numbers. The top edge when viewing the reverse is ragged. The card in general is just as off center/miscut as it appears in the scan. 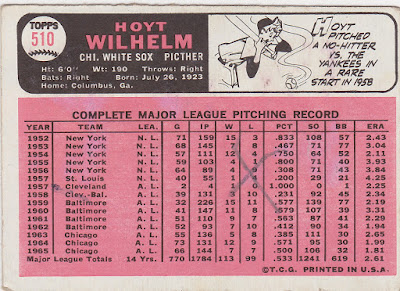 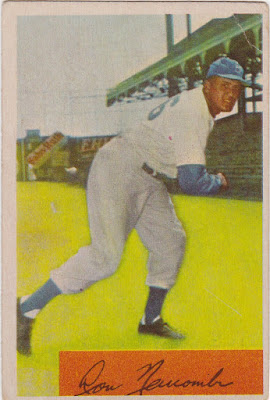 Someone posted a '54 Bowman Don Newcombe awhile back and as soon as I saw it I knew I wanted one. It's the sort of card I can usually find cheap at the monthly show but I knew I'd be missing a few shows so I nabbed the lowest priced presentable example I could find on the net.

The background makes this card. Love the Ebbets Field backdrop with the Baby Ruth ad. 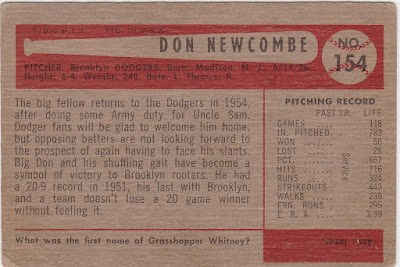 This last card is the 1979 TCMA Willard Schmidt. I know Schmidt's great nephew and as a result I've collected his cards. I believe I have all his standard issue cards. This is one of the oddballs. There is a border on this card but my scanner decided to edit it out. I don't like my scanner. 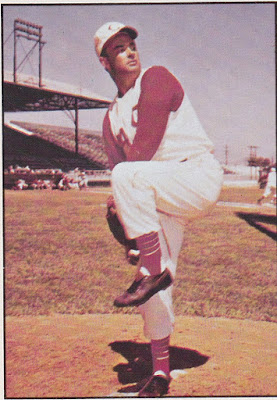 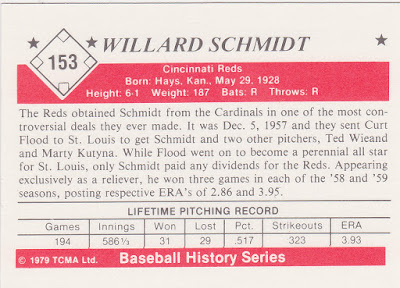