While I await the discovery of a mystical cure for my scanner woes I present a few more cards from my Fantasy baseball binder and the cards they bumped. I had these scanned for my original post but they didn't make the cut. So please ignore the fact that you are getting second string scans.

Here is what I said in the first post a few weeks back:


I put one card of each of my players in my binder. I have certain criterion in mind when I hunt up a player's card. I prefer a vertical card, one that shows the player on the correct team, and one from a year I had him. The whole thing forms a hierarchy with a card fitting the above description at the top, and a horizontal, multi-player, die-cut, minor league, different organization card from a previous year at the bottom. But I'll ignore all that to add variety or to spice up the binder with a card I really like. 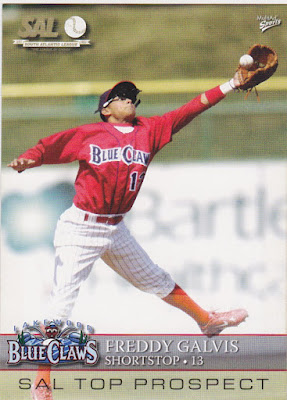 It's not bad as MiLB cards go but it gives no indication of his MLB team so it got the boot.... 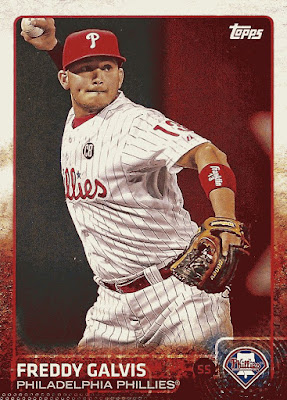 ...for a 2015 Topps. The weird number of the back makes me think it was from one of those team sets that you see on cardboard hangers in stores. Wrong year but it shows him in the Phils' gear.

Nearly the same holds true for Yasiel Puig. I don't make many smart moves in fantasy baseball but drafting him before he made the Dodgers was one. He hasn't turned out to be the second coming of Willie Mays but he really made a nice impact on my club when he broke in two seasons back.

This card wasn'y hugely expensive but it cost more than the card I replaced it with for sure. No Dodger logos? No good in the binder! 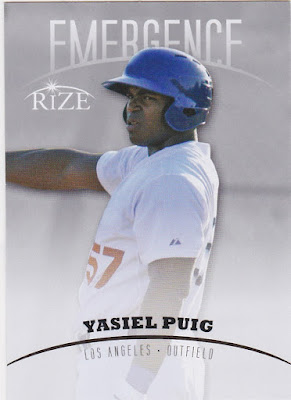 I waited for a nice card to come along and this year I liked the Archives Puig. So there ya go. 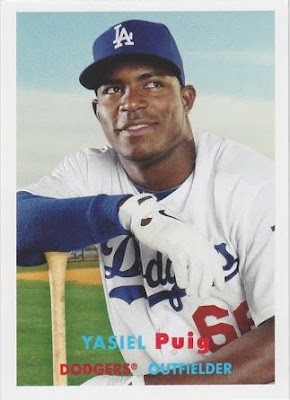 But my Archives Maikel Franco which I picked up when I claimed him made way for a better '15 card. 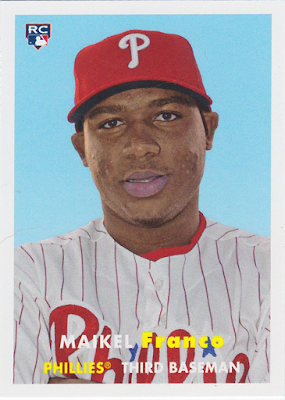 I just got this one in a couple of weeks back. Stadium Club > Archives, at least in this case. 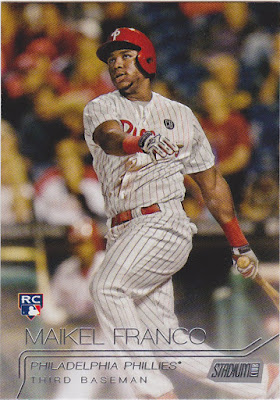 Kyle Seager on a Bowman card. I don't remember when I had this guy but that Bowman card, even if it was from the correct year, yuck. Dark and unreadable. 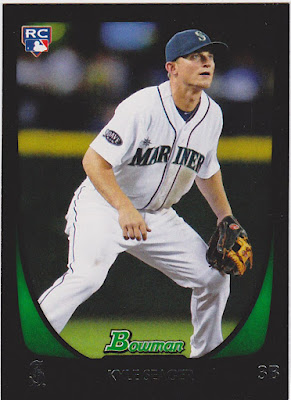 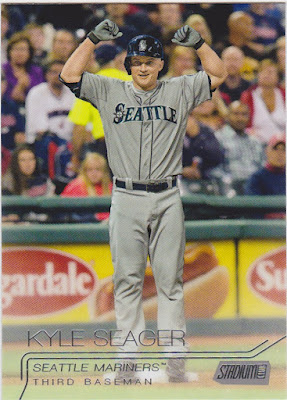 But SC doesn't trump all. I really like this next one. James McCann chats behind his glove with his pitcher. Unique and really cool. But I can't get around the fact that either of them could be the card's subject. Aesthetically, it's a sweet card. But for the binder it's like a two player card. Unacceptable. 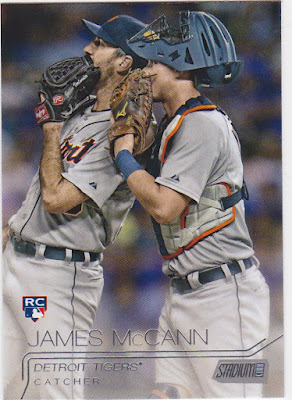 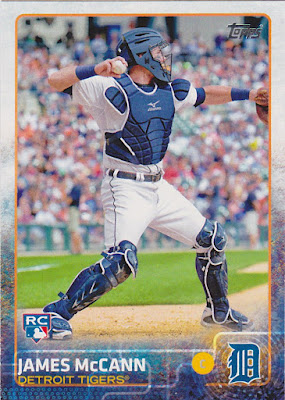 Finally we have the case of Jordan Zimmermann. I like the 2012 Archives. that's even the year I had him. 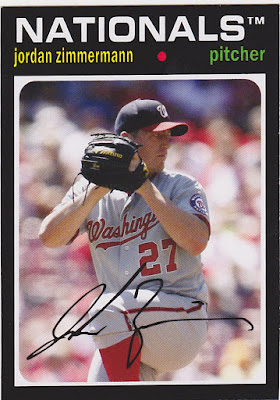 But I bounced it for a '15 Stadium Club. And I'm having second thoughts. I may switch back. that Archives may not be as pretty but it is from the right year, right team and it's the only one of that set in my binder so it ticks the 'unique' box. I need to think more on this. 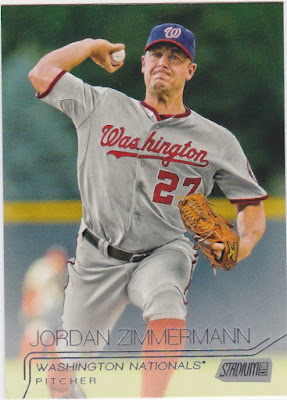 Posted by Commishbob at 2:59 PM