My quest for a full nine pocket page of Batman sketch cards is coming along nicely. I've picked up six of which two are in transit in my direction. 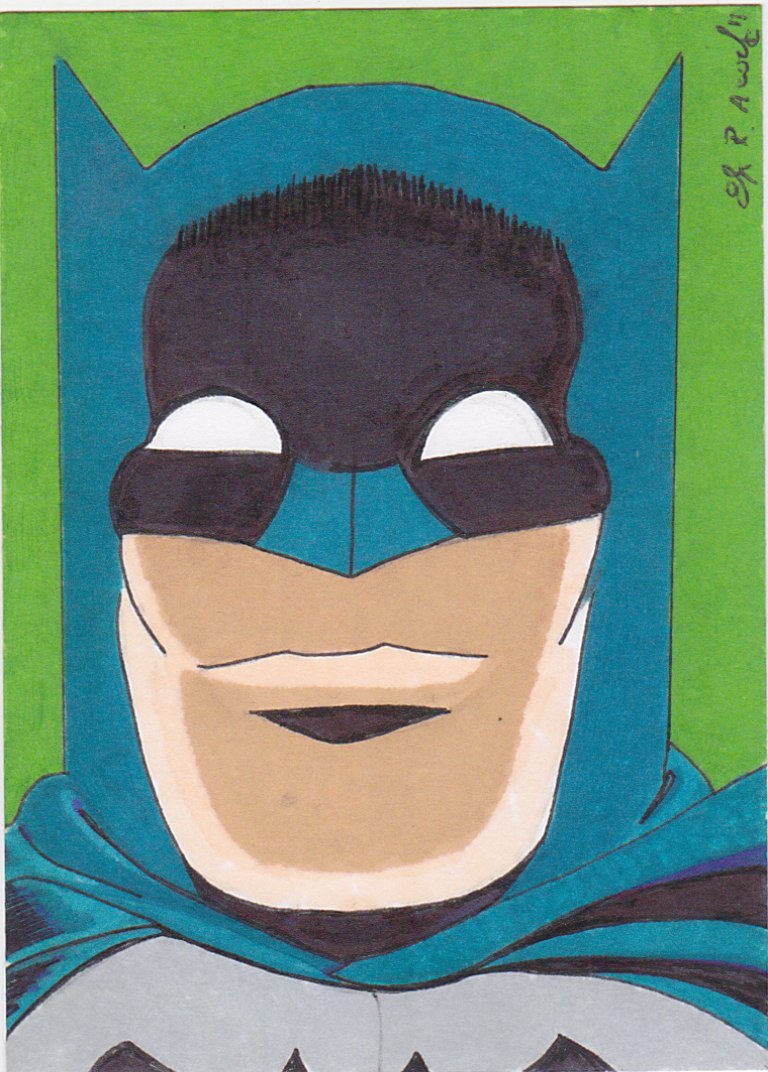 The first one is by an artist named Ellyn R. Accord. She was the artist who did one of the first two I posted. I tried again to find out more about her but details were 'sketchy'. </groan> The listing described this one as being in the 'pop art' batmania style of the 1960s. Whatever. It's pretty nice. And the cost was $6.50. 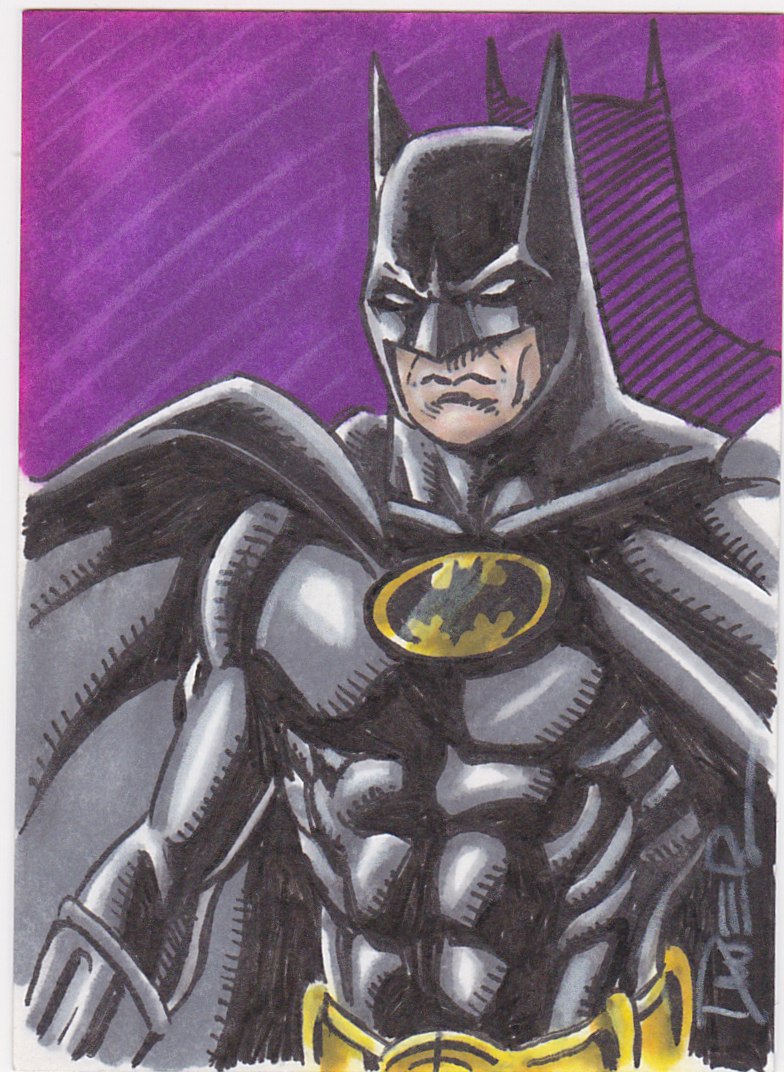 So this one I really like. It's by artist Dave Beaty who does some really awesome work. You can see more on his site. The cost was $8.50 which was a bargain compared to what he sells his other stuff for. He did cards for something I had no awareness of...Batman: The Legend trading card set by Cryptozoic Entertainment / DC Comics. Looks really sweet.

So these two had a total cost of $15 not including shipping. That brings me to $27.50 of my $75 target. Next week I'll have a couple more to post including one whose pedigree as a true 'sketch card' is currently under review.
Posted by Commishbob at 1:43 PM